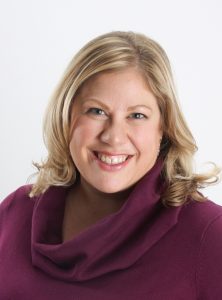 For nearly 20 years, Angela has been an internationally known nutrition and health expert on PCOS. Named one of the Top 10 Incredible RDs Making a Difference by Today’s Dietitian, Angela’s warmth and charisma have made her the go-to nutritionist for women with PCOS. She provides personalized and compassionate nutrition consultations in-person, phone or online to women around the world.

Having PCOS herself, Angela knows how frustrating living with this condition can be and firmly believes that you can take control over PCOS instead of letting it take control over you. She has dedicated her career to be on the leading-edge of helping women with PCOS improve their health and their lives through evidence-based nutrition.

Angela is the co-author of The PCOS Nutrition Center Cookbook: 100 Easy and Delicious Whole Food Recipes To Beat PCOS and the bestselling, The PCOS Workbook: Your Guide to Complete Physical and Emotional Health. Angela’s other book, PCOS: The Dietitian’s Guide, now in its second edition, is the most comprehensive evidence-based nutrition resource available for PCOS. 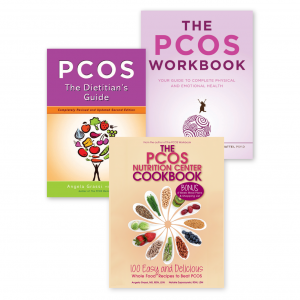 An accomplished speaker, Angela is a frequent lecturer at numerous conferences and meetings for professionals and consumers, including: PCOS symposiums, the Academy of Nutrition and Dietetic’s Food, Nutrition, Conference and Expo, state and national dietetic association conferences.

Angela was given the distinguished Ricardo Azziz PCOS Challenge Advocacy Leadership Award for her dedication to advocacy and public policy efforts that expand access to resources and support for women with PCOS.

Angela is a professional member of Resolve, The Androgen Excess and PCOS Society, the American Society of Reproductive Medicine, Academy of Nutrition and Dietetics and the following dietetic practice groups: Nutrition Entrepreneur, Women’s Health, Weight Management and Sports, Cardiovascular and Wellness Nutrition (SCAN) and Functional Nutrition.

In addition to her work at the PCOS Nutrition Center, Angela also serves as an adjunct professor at West Chester University where she conducts research on PCOS.